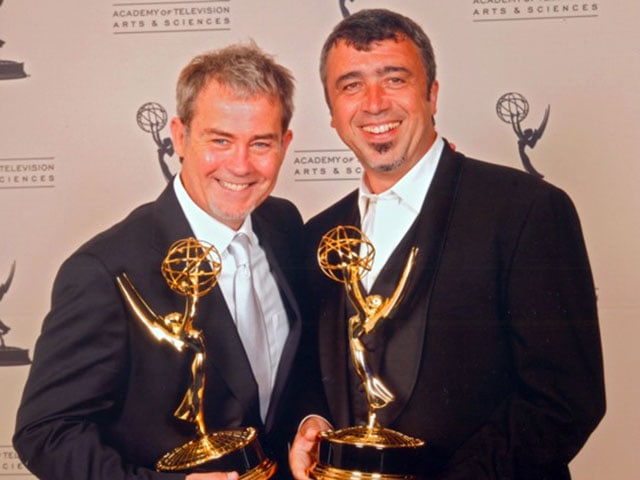 With seven Emmy wins and numerous other awards, John Watkin and Eamon Harrington of Planet Grande Pictures have produced some of tv’s most compelling television. Whether it’s an important issue doc like Maria Shriver’s Alzheimer Project, “Grandpa, Do You Know Who I Am?” (HBO) or an exciting look into Patrick Dempsey’s bid for LeMans (Discovery) or the numerous network event specials they’ve produced, or even their animated children’s series, “Crashbox,” (HBO), “The Event” for Amazon, Planet Grande’s shows are as good as they get.